What is Anycast and How Does it Work?

Anycast is a network addressing and routing method that attributes a single IP address to multiple servers in a network. The idea behind anycast is that data is sent to the closest server based on the location of the user request. By doing so, the user can reduce network hops and latency, reducing the time required for data transfer and enabling consistent global user experience. 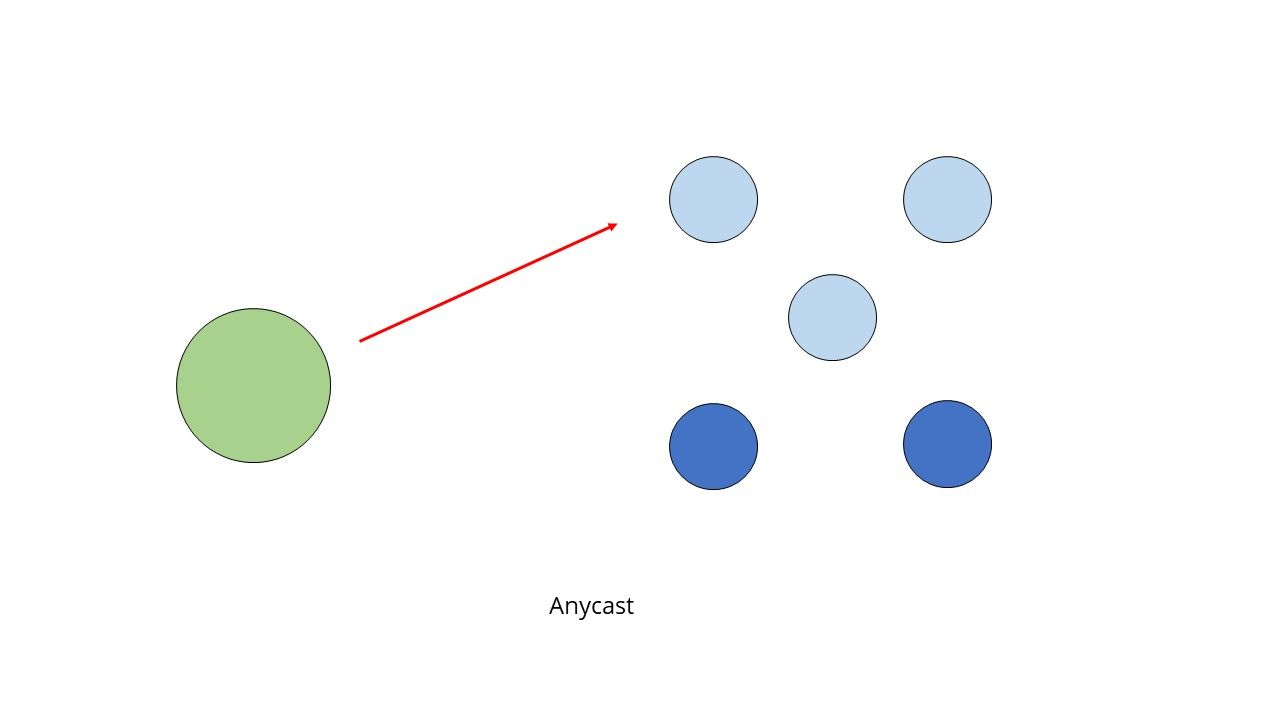 How does anycast work?

Briefly, the Internet is made up of layers of networks composed of links, routers and end hosts. Information on the Internet is broken down into smaller chunks of data called packets, and routers help move these packets through the network smoothly. Each router has a specific transmission path for each IP address.

As we previously mentioned, with anycast multiple servers announce and share the same public IP address. To give an example, destination IP address 1.2.3.4 could be announced for a cloud node in Tokyo at the same time as it is being announced for nodes in London, Singapore and others. This minimizes latency and distributes traffic at various nodes.

Anycast directs packets to the geographically closest server based on Border Gateway Protocol (BGP) paths. When the router near the client requests the path to the IP, it receives various announced routes and selects the shortest path. With anycast, the system consistently chooses the shortest path every time. In the event of a node failure, the next shortest route is determined, and traffic is redirected without having to change the IP address.

Anycast routing brings about significant performance improvements, but it doesn’t come without limitations.

Are you considering using a web hosting provider to run anycast on your organization’s behalf? Contact a Zenlayer expert to maximize uptime and availability.